How to Cast and Watch SYFY on Google TV 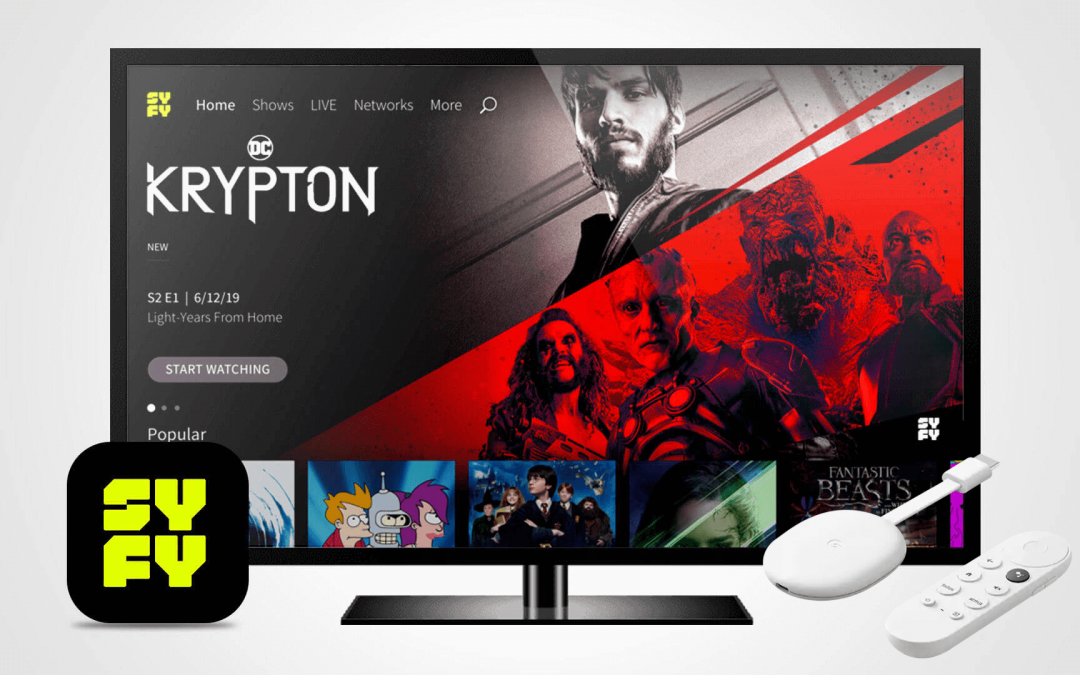 With the growth of the internet, people started looking for streaming services more popular worldwide. Sci-Fi channel was founded in 1992 and broadcasted some classic movies and television series at the beginning. After 2 years, it was sold to Viacom and rebranded to SYFY in 2010. SYFY has a dedicated app for almost all the devices like Android, iOS, Roku, Firestick, etc. Apart from other streaming devices, you can access SYFY on Google TV.

With the SYFY Google TV app, you can watch the latest episodes of the SYFY channel the day after they aired on cable TV. You need not pay anything if you have SYFY on your ordinary TV as you can use your TV provider credentials to log in. You can pause any videos on one device and continue watching them on another device if you log in with the same account.

How to Add SYFY on Google TV

1. Connect the Google TV device to your TV’s HDMI ports and turn it on. Keep it connected to WIFI.

2. In the home screen, select the Search option from the main menu.

3. Choose Search for Apps. Enter SYFY into the search box, and click the Search icon on the on-screen keyboard.

4. Select the SYFY app, and click the Install button on the next screen.

5. Once the installation process is complete, click the Open button.

Related: How to Watch the DC Universe on Google TV

How to Cast SYFY to Google TV

Alternatively, you can use the cast feature in the SYFY app to cast the videos directly to your Google TV.

1. Connect your smartphone and Google TV device to the same Wi-Fi network.

3. Type SYFY in the search box and hit Enter.

4. Download, install and open the app on your smartphone.

6. Now, you can see the Cast icon in the video player, tap on it.

7. In the pop-up, select the Google TV device you’d like to stream.

8. The video starts playing on your TV connected with a Google TV device.

SYFY is a network-based app, and it’s better to install the app and leave it on your Google TV. Because the app has a sync feature and you can continue watching the videos where you left off on any device. If you’re not using SYFY on a daily basis, you can cast the method to watch on your Google TV and note that if you’re casting for a long time, your smartphone might get heated that can reduce the battery life.