How to Install and Stream MTV on Google TV 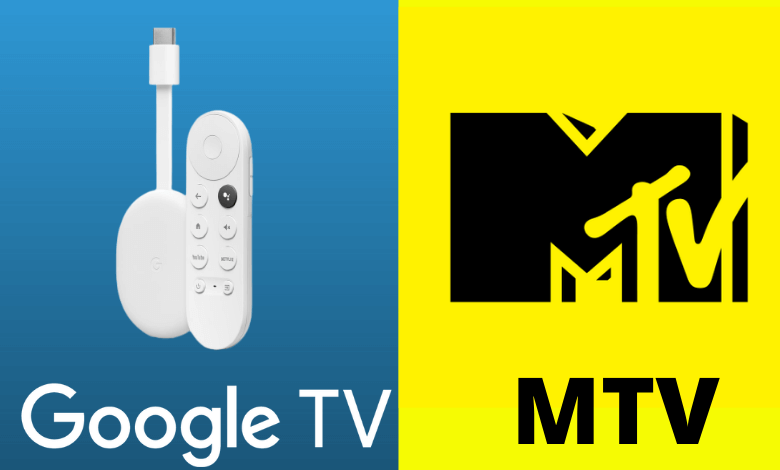 MTV or Music television is one of the most popular music channels. This American network has the biggest collection of music tracks and albums. Apart from music, MTV has TV shows and series streaming on it. It also includes MTV Original content. The app streams all the media one day after they air on TV. The following guide will show the steps to install and activate MTV on Google TV.

The MTV application has the biggest music collection. Also, it streams full episodes of your series within 24 hours of the TV broadcast.

Related Guide: How to Install and Stream TNT on Google TV

How to Add MTV on Chromecast with Google TV

We can always install the MTV app from the Google Play Store. Follow these steps to add MTV.

Step1: Turn on your TV and connect the Chromecast with Google TV device.

Step2: On your home screen, select the Search menu.

Step3: Type and search for the MTV app.

Step4: Select the MTV app from the search results.

Step5: Click on the Install button on the information page.

Step6: Wait for the installation process to get completed.

How to Activate MTV on Chromecast with Google TV

Follow these steps to activate the MTV app on your Google TV.

Step1: Launch the MTV app on your home screen.

Step2: Hit the Sign In menu and get the activation code.

Step3: Note down it and launch the web browser on your mobile or PC.

Step5: Further, enter the activation code in the space provided.

Step6: Sign In with your TV service provider details.

Step7: Finally, the MTV on Google TV will lad automatically display the contents.

Related Guide: How to Install and Stream Comedy Central on Google TV

How to Cast MTV on Google TV

This is an alternative method to stream MTV on Google TV. The Android and iOS mobile MTV app come with cast support to stream the content.

Step1: Turn on your TV and connect the Chromecast with Google TV device.

Step2: Connect your Google TV and smartphone to the same Wi-Fi network.

Step3: On your smartphone, install the MTV application.

Step4: Launch the MTV application on your smartphone and sign in with the TV provider data.

Step6: On the top-right corner, you can see a Cast icon. Tap on this icon to enable casting.

Step7: Now, you can see a list of devices available for casting. Select your Google TV device.

Step8: You can see that the video on your phone cast to the TV screen.

With this method, you can stream any video of MTV on Google TV. You can use the cast icon to cast MTV from the web as well. MTV brings to brilliant shows like The Challenge, Teen Mom 2, Ridiculousness, Siesta Key, and The Hills. Also, watch awards including Video Music Awards, CMT Music Awards, and MTV Movie Awards. Enjoy streaming MTV on Google TV.