Best VPN for Google TV for Streaming and Browsing 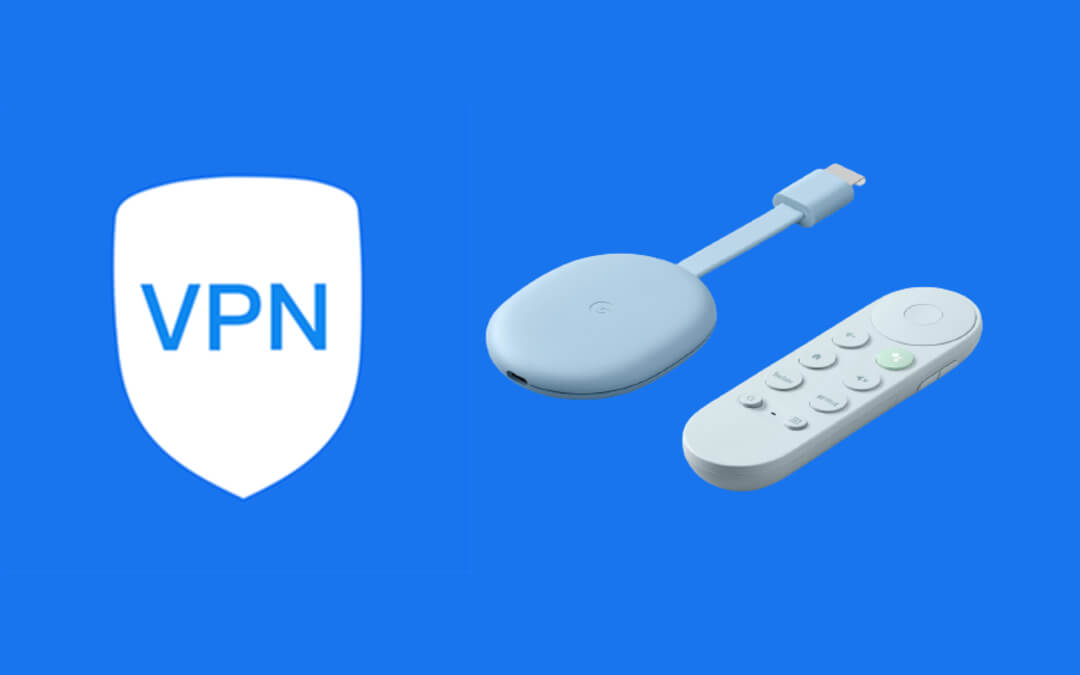 Online privacy is one of the most important things to look after. By using VPNs, you can protect your online presence and browsing history intact. For Chromecast with Google TV, there are a handful of VPNs available in the Play Store. Similar to installing apps and games on Google TV, you can get a VPN on Google TV. Here, we compiled a list of the best VPNs that are available for Google TV.

Here is the list of best VPNs available for your Chromecast with Google TV:

NordVPN is one of the most used VPNs in the world. The VPN is available for all Android TV models. With that, you can install NordVPN on Google TV too. As NordVPN is officially available for Google TV, you will get all the features without any limitations.

NordVPN offers nine different plans starting from $11.99 per month to $126.96 for two years. Based on your commitment, you can choose a subscription. With NordVPN, you will get advanced VPN features like 1TB encrypted cloud storage, ad-blocker, and more. NordVPN has more than 5000 servers in 59 countries.

ExpressVPN is the best VPN for all smart TV devices. For Google TV, you can install the ExpressVPN directly from teh Play Store. All the customization options like Double VPN and advanced encryption are available in the ExpressVPN for Google TV.

ExpressVPN costs $12.95 per month, $59.95 for six months, and $99.95 per year. As you can see, if you choose a long-term plan, you will get fewer subscriptions per month. All the plans come with a 30-day money-back guarantee policy. With the VPN, you can get browse in 94 virtual countries.

If you want a simple VPN with the least number of customization options. You can install the IPVanish VPN app on your Google TV right from the Play Store. As the VPN is officially available for Google TV, the UI and navigation controls are too easy.

CyberGhost VPN is the VPN with the most number of servers. The VPN has more than 6900 servers worldwide. Like NordVPN, you can install the CyberGhost VPN on Google TV easily from the Play Store. You can also sideload the VPN on your Google TV using Downloader.

CyberGhost VPN costs $12.99 per month, $51.48 for one year, $78 for two years, and $89.31 for three years. The one-month plan comes with a 14-day money-back policy, and the other three plans have a 45-day money-back policy. With one subscription, you can use the CyberGhost VPN on seven devices. The VPN connection is encrypted with 256-bit military-grade encryption. All the information stored in the VPN is perfectly safe and secure.

Surfshark VPN will protect your Google TV from hacking, malware, phishing, identity theft, and ISP tracking. In the Surfshark VPN, you will get an ad-blocker too. The VPN will filter the ads while browsing.

Surfshark VPN has three subscription plans. $12.95 per month, $23.94 for six months, and $59.76 for two years. With the Surfshark VPN, you will get more than 3200 servers in 65 countries. Surfshark VPN is one of the fewest VPNs that support Cryptocurrency as the choice of payment.

TunnelBear VPN is also a freemium VPN. But the freemium features are very minimal. You will get only 500MB of data with full server access. The freemium is only for testing purposes.

TunnelBear VPN has only two plans: Freemium and Premium plan. The Premium plan costs $3.33 per month with a simultaneous connection of 5 devices. You can also get customized team plans starting at $5.75 per user per month.

PrivateVPN is one of the most trusted VPNs in the world. With PrivateVPN on Google TV, you can get to access 62 virtual countries. All the advanced features like Killswitch, Port Forwarding, and IPv6 leak protection are available.

If you want a simple yet effective VPN on your Google TV, Turbo VPN is the best choice. You can install the Turbo VPN on Google TV using the Downloader app. Features like one-click connection, 256-bit encryption, fast servers for streaming, and more are available in the VPN.

The subscription starts at $11.99 per month. Other plans are $39.99 for six months, $59.99 for one year, and $85.99 for two years. Apart from these subscriptions, you will get additional offers on special occasions. With one subscription, you can use the VPN on five different devices.

Hotspot Shield VPN is a freemium VPN available for most smart devices. In the free version, you will get access to unlimited data but will limited access to the servers. To get the Hotspot Shield VPN, you have to sideload it on Google TV.

In the Premium plan, you will get five multiple devices access, a server to bypass streaming devices like Netflix, Hulu, and YouTube TV, access to 115 virtual locations, and malware protection. The Hotspot Shield VPN’s premium plan costs $12.99 per month or $96 for one year. If you want, you can also get Premium Family for $19.99 per month or $143.88 for one year with 25 simultaneous devices.

ZenMate VPN is one of the best free VPNs available in the market. In the free plan, you will get four country servers like the USA, Romania, Germany, and Singapore. You can install the ZenMate VPN on Google TV via the sideloading method.

ZenMate VPN offers three different plans, $7.99 per month, $19.14 for six months, and $23.88 for one year. All three plans come with a 30-day money-back policy. When compared to other premium VPNs, you will get a limited number of servers in the ZenMate VPN.

VyprVPN is one of the popular VPNs for smartphones and streaming devices. With VyprVPN, you will get access to more than 700 servers in regions like North America, Asia, Africa, Europe, and South America. VyprVPN is not officially available for Google TV. To install the VyprVPN app, you have to sideload the app on Google TV using Downloader.

VyprVPN has two subscription plans, $15 per month and $100 for one year. With the subscription, you can use more than 300,000 dummy IP addresses to spoof your geolocation. The major drawback of the VyprVPN is that it doesn’t have any additional cloud storage access or password manager.

ProtonVPN is a freemium VPN based in Switzerland. As ProtonVPN is available for Android TV, you can easily install the VPN on Google TV using the sideloading method. ProtonVPN has 1,741 servers in 64 countries.

These are the best VPNs available for Google TV. You can install these VPNs from the Play Store or by the sideloading process. Pick a VPN that suits your purpose. If you want to stream videos without any geo-restriction, choose any of the premium VPNs like NordVPN or ExpressVPN. If you are more into browsing, choose freemium VPNs like Hotspot Shield VPN or ProtonVPN.

1. Is ExpressVPN or NordVPN better?