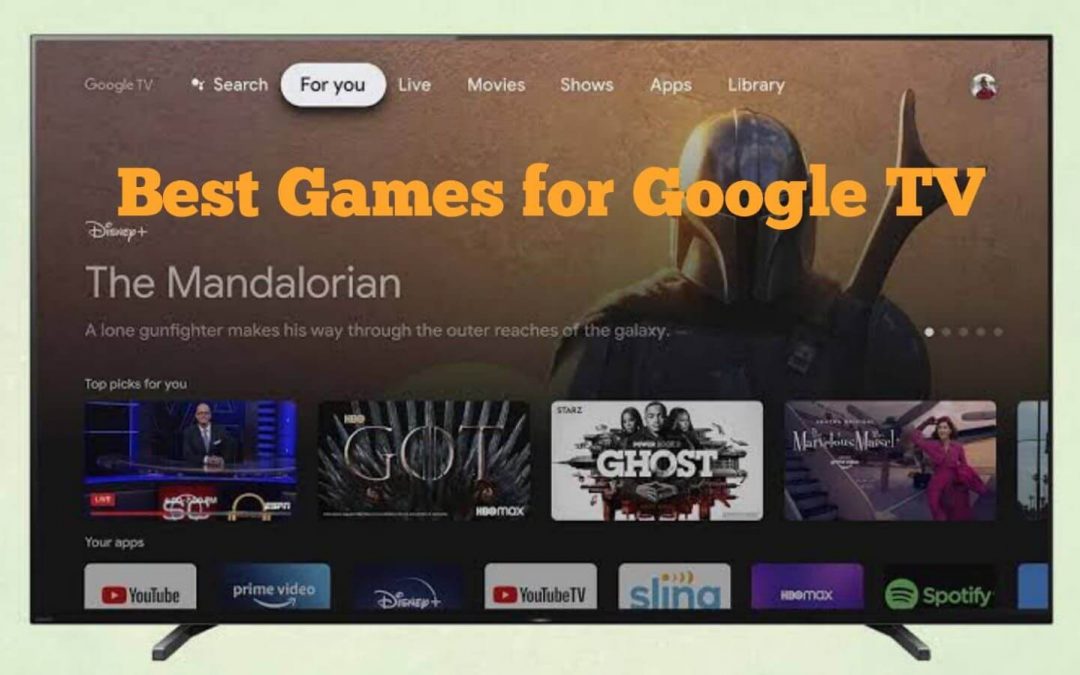 Chromecast with Google TV is one among the top streaming devices to watch various media content. It is a revamped version of Chromecast. You can set up this inexpensive device easily. Along with streaming media content, you can also play games on Google TV. Usually, we play games to relax and to be stress-free. Further, playing games on the big screen using devices like Google TV will really entertain us. However, Google TV has less storage. Thus we cannot play big games. So, here we have discussed the simple and easy to play games on Chromecast with Google TV.

The 13 Best Games on Chromecast with Google TV are as follows,

Terraria is the best sandbox game that is compatible with Google TV. The game mode supports both single and multiple players with up to 7 friends. Players are in a 2D world with few tools and a will to see the next day. The players can explore, craft, build, paint, combat, and mining. Further, they have to create the basics of human survival like shelter, chair, torchlight, and more. You have over 400 enemies to combat, defeat and plunder for loot. And discover around 20 NPCs that will provide their own benefits and unique style. Terraria on Google TV is one of the best entertaining games to play.

Crossy Road is another best game that you should play on your Google TV. It is a simple arcade game that you can play by tapping and finger sliding. In this game, the players have to crossroads, train tracks, and rivers. An eagle will take your character away if you stay too long to cross the place. You can unlock unlimited characters to play the game. When you fail, you will lose one heart, and if you lose 3 hearts, you have to start the game from the beginning. You will surely enjoy playing Crossy Road on Google TV.

Badland is an interesting game to play on Google TV. In this Badland game, the players have to take control of the black creature Clony. The Clony has to travel in the forest, where the paths are filled with obstacles and traps. The players have to be quick and fast to play the game. Because the screen never stops moving from one side to another. If the Clony is stuck or clashes the obstacles, the game is over. So, players must concentrate on the game to play. You get 100 levels to play here. Further, up to four players can play Badland on Google TV.

It is a racing video game available for the new Chromecast. Here, you will race against a field of rival drivers, and each one of them comes with unique personalities and special abilities. While playing the game, collect the power-ups and collect coins to unlock new vehicles and drivers or upgrade and paint your car. You can play skills in 4 different game modes. Start your race with up to 4 friends. The app lets you switch the game between tilt steering, touch-screen, and USB/Bluetooth gamepad.

Chameleon Run is an auto-runner game. It is not a free game to play, and it costs around $2 on Android and iOS. The game has simple gameplay. You are going to play as a Minecraft-looking cube that has to run, fly and leap your way to finish. And you have to help the cube to reach the end by jumping over obstacles and pits. The player has to touch the object which is in the same color as the character. The game will be very interesting to play.

Dead Trigger 2 is a zombie-themed first-person survival horror video game. The zombie bites everything that comes in its way. You have to kill all the zombies. From the 70 types of weapons available, you can select the one you like to shoot the zombies. You get multiple challenging environments. Further, the app offers 600 different gameplay scenarios. Kill the zombies and save the environment.

Pac-Man is the most popular game on Google TV everyone must have played the game in their lifetime. The gameplay is very simple, and all you have to do is control a Pac-Man to eat the mazes or to eat ghosts to earn points. Mostly, kids will love to play this game. Further, the app gives 100 original mazes. Earn points to supercharge your play. It offers three control schemes like swiping, on-screen joystick, and tilting the device. Pac-Man on Google TV is a must-play game for kids.

Orbia is another arcade game that is compatible with Chromecast with Google TV. Here, you are going to help the Orbia to cross the new world. It is essential to control Orbia from dashing the obstacles. And your remote is enough to play the game. The soundtracks you get in the background will be amazing to listen to. Power-ups will be given when you reach higher levels. Enjoy playing Orbia on Google TV with your friends also.

If you are working long on a busy day, you should relax by playing the Red Ball game. The game is free to download, and you are going to play as a red ball. The ball is stuck in a world. On its way, it has lots of obstacles like spikes, crushers, cars, lasers, enemy balls, and many more struggles to overcome. You have to let the Red Ball survive in the world. Here, you have 75 levels to complete, and the soundtrack is amazing. On the whole, you will love playing Red Ball on Google TV.

Minion Rush is one of the best games to play. The game is exactly like Subway Surf which many of you aware of. It is a never-ending game. You are going to control the Minion to collect the bananas as much as it can. Actions like swiping up and down and moving left or right are enough to play the game. The game never ends. Further, you can unlock the costumes for your Minion. Overall, it is a very easy game to play. You can get Minion Rush on Google TV officially from the Play Store.

Minecraft is yet another sandbox game that is compatible with Google TV. You are the hero of this game. Here, you can create whatever you want, which is based on your imagination. If you have excellent imagination power, you can play Minecraft on Google TV. In real life, we cannot do whatever we want. But here, there are no obstacles in front of you. Build a new world and survive alone. You can play the Minecraft game alone or with your friends. This game will teach you everything that is possible in life.

Half Life is a first-person shooter game. In this game, you play as a scientist, and you need to fight against the aliens and human enemies. You have to fight against corpses, colleagues, puzzles, hazards to survive. While playing, when a new portal opens to the world, you have to escape the surface. The app is compatible with Google TV, so you can easily install Half-Life on Google TV from the Play Store. Along with all other games, enjoy playing Half Life on your Google TV too.

Portal Knights on Google TV is a role-playing action game. Here, you are going to rebuild the world, which is smashed into small pieces. On your way, you can get a lot of resources to build the world with treasures. Further, the game supports many languages. With up to four friends, you can enjoy the gameplay. Additionally, the game supports dual-sick game controllers to play. In this game, you will be very interested in building your world as a kingdom.

These are the best games available for Google TV. All the given games are compatible with Google TV, so you can easily install and play the game. And these games range from genres such as puzzles, racing, and adventures. If you know any other games to play on Google TV, mention them in the comments section.