How to Add and Activate Fuse on Google TV 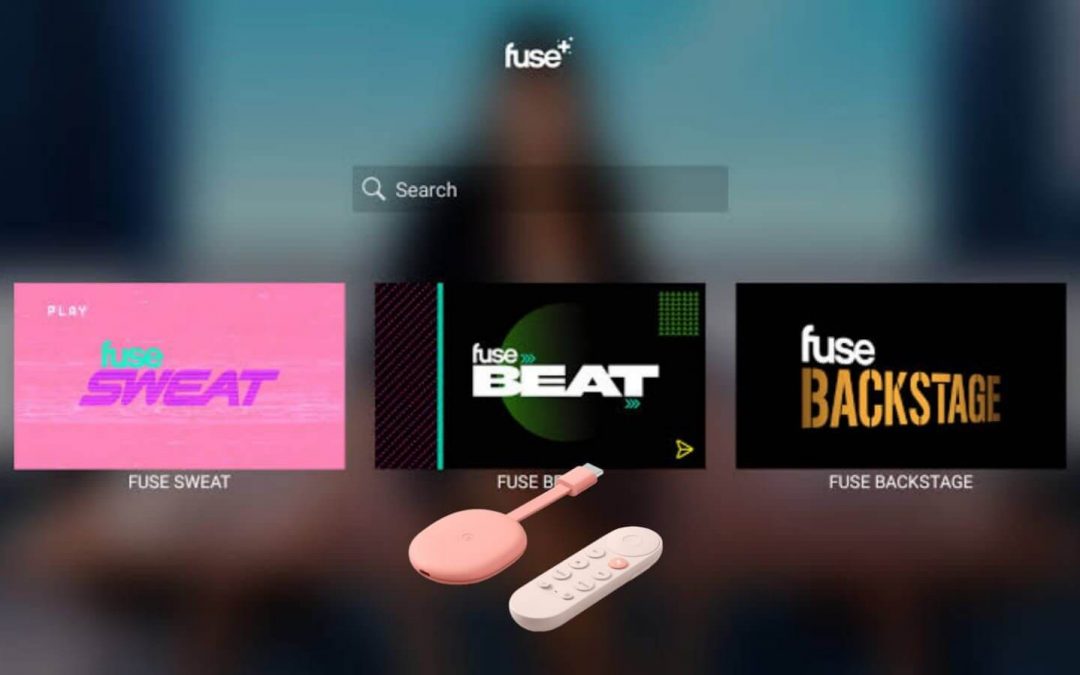 Fuse is a popular American TV channel where you can find the best collection of lifestyle, entertainment, and reality shows. In the beginning, this channel was dedicated to streaming music. On the Fuse+ streaming app, you can watch all the content from the Fuse channel. Additionally, you can watch original series and documentaries on the Fuse+ app. Fuse has launched the Fuse+ streaming app recently on September 13, 2021. Further, Fuse+ costs $1.99 per month and $19.99 per annum. In addition, there is also a free tier available, which lets you access selected series and content from other Fuse Media brands. Luckily, this app is compatible with Google TV. In this article, we’ve covered the steps to install Fuse on Google TV.

How to Add Fuse on Chromecast with Google TV

Fuse+ is available on Google TV, so the installation process is straightforward.

1. From the Google TV home screen, click on the Search menu.

2. Type and search for the Fuse+ app using the on-screen keyboard.

3. Pick up the Fuse+ app from the search results.

4. Further, click Install to install the app on Google TV.

5. After the installation, click Open to launch the app.

6. Now, you have successfully installed Fuse on your Google TV.

Related: How to Listen to Music from SoundCloud on Google TV

How to Activate Fuse on Google TV

1. Launch the Fuse app from the home screen.

2. Note down the Activation Code, which is displayed on your TV screen.

3. Further, visit http://activate.fuse.tv/ from your PC or mobile.

4. On that page, enter the Activation Code on the box given.

6. Now, you have successfully activated the app on your Google TV.

You can also stream Fuse live TV on streaming providers such as fuboTV, AT&T TV, and Sling TV.

AT&T TV is the first best option for streaming Fuse Live. Fuse is a part of the Choice package, which costs $84.99 per month. Along with Fuse, you can stream 65 other channels like TBS, TLC, Hallmark Channel, Bravo, and many more.

Stream Fuse on Sling TV with its Sling Blue and Orange plans. You can get both plans at the price of $35 per month. Further, you can also add channels to your subscription as packages. With Fuse, enjoy watching HGTV, ID, TLC, TNT, and a lot more channels.

fuboTV is the best streaming provider which is known for streaming sports. Additionally, you can also stream a lot of entertainment channels. fuboTV costs $64.99 per month with a 7-day free trial. Further, it also offers you 250 hours of CloudDVR to record your favorite shows.

Hence, Fuse+ is the best app to watch Fuse Media channels, and you can access the library of Fuse programs on-demand. On Fuse+, you will find the original content, which you cannot access from anywhere else. Enjoy streaming Fuse+ on Google TV with the simple procedure given above.

Related: How to Add and Stream Viki on Google TV

You can directly install the Fuse+ app from the Play Store on Chromecast with Google TV.