Google TV vs Nvidia Shield: Which One to Buy 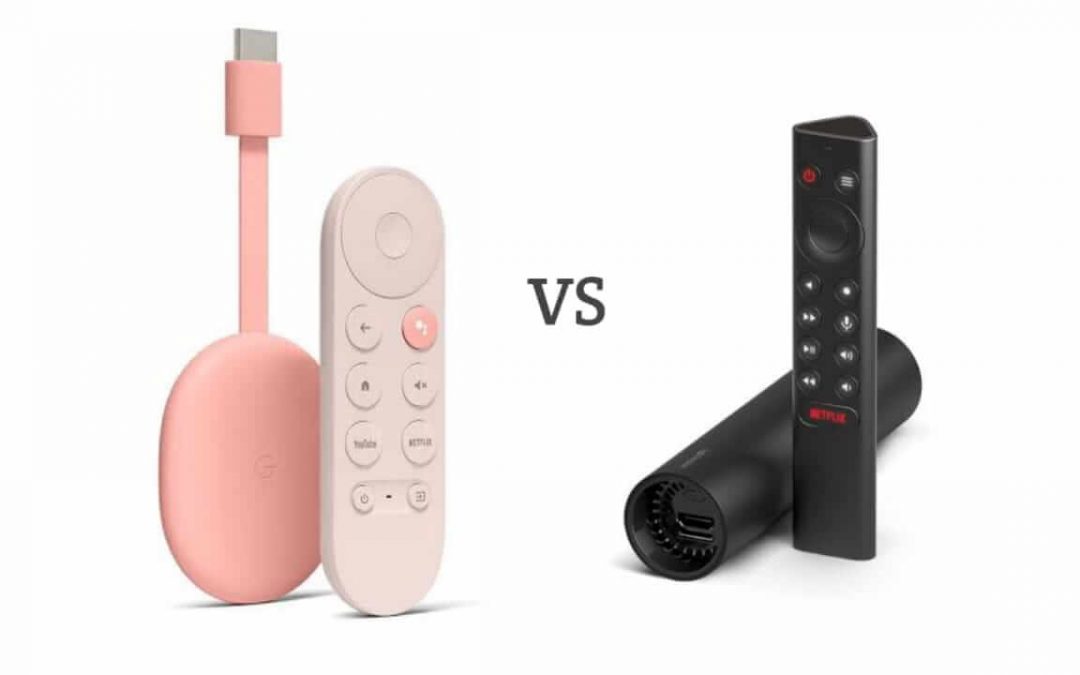 Chromecast with Google TV has the same old dongle design. The oval-shaped device with an HDMI port. The design of the Google TV closely resembles the older Chromecast devices. There is nothing new in the design aspect. The device is available in three colors: Snow, Sunrise, and Sky. Only one connecting port is available for charging purposes. A button is available on the device to reset the Google TV.

Nvidia Shield has an innovative design. The device is cylindrical. At either end of the device, you will have the connecting ports. You have the HDMI and Micro SD card ports on one end. On the other end, you have the Power port and the Ethernet port. The Reset button is placed just above the HDMI port. When compared to Google TV, Nvidia Shield TV requires more power. In the Nvidia Shield TV Pro, you have a laptop-like design with ports at the side. In TV Pro, you have two USB 3.0 ports. Both the devices are available only in black color.

Google TV comes with an excellent remote, which is minimalistic and well-designed. The Google TV remote is compact and comfortable. There is a D-pad on the top of the remote. The special feature of the remote is a Google Assistant button. So you can hold and press the button to activate Google Assistant on Google TV. The feature is really helpful for quick navigation. In addition, the remote also has dedicated buttons for YouTube and Netflix. Furthermore, the remote supports both Bluetooth and IR. So, when the Chromecast is connected to HDMI-CEC, you can use the remote to control the TV volume. The remote includes Power, Mute, Back, Input, Home, and Mute buttons. It is powered by two AAA batteries.

The user interface of the Chromecast with Google TV is sleek and modern. You have the categories on the top and the suggestion on the center part of the screen. The installed apps on Google TV will be listed in the Your Apps section. Apart from this, you can also cast your smartphone to Google TV using the built-in Chromecast feature. The Google TV interface is more like the Android TV with large tiles. The home screen of Google TV has the tabs Search, For You, Movies, Shows, Apps, and Library.

The specification is the make or break for any streaming device. Let’s see the specs of these devices.