How to Add and Watch SonyLIV on Google TV 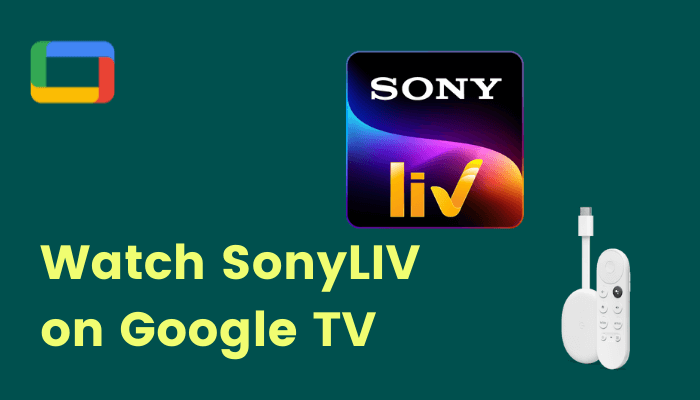 SonyLIV is the Indian OTT platform by Sony Network to watch sports, shows, and more. It offers both live and on-demand streaming. The Live TV streaming includes the Sony TEN channels and consists of content related to Cricket, Football, Olympics, Tennis, Golf, Basketball, Racing, and WWE events. It has original movies and web series in many languages. You can live stream Tokyo Olympics on Google TV with SonyLIV. The SonyLIV app is available on the Google Play Store of Google TV. Hence you can install and watch SonyLIV on Google TV easily.

SonyLIV users can stream the content on 2 devices simultaneously. It has lots of movies, series, and TV shows in the on-demand section. The app offers a download facility to save the content, and you can watch them offline anytime. It also offers live TV channels, Sony SET TV, and SAB TV. The SonyLIV app can have 5 profiles for a subscription, and it provides an ad-free streaming experience. It updates new movies and series in the library frequently.

How to Stream SonyLIV on Google TV

(1). Launch the Google TV and connect it to the internet connection.

(2). Click the Apps tab on the home screen and go to the Apps Categories.

(5). Select Open to launch the SonyLIV on Google TV and tap Sign In to get the Activation Code.

(6). Visit the SonyLIV website on the PC/smartphone and enter your Phone Number.

(7). Verify your Phone number, and then type the Activation Code. Select Activate Device to activate the app.

(8). Now, Select the content on the SonyLIV app and watch it on a big screen.

The alternative method to stream SonyLIV is casting. SonyLIV app has an in-built cast option to cast contents. Before following the steps given below, connect the smartphone and the Google TV to the same Wi-Fi network.

(1). Download and install the SonyLIV app from the Google Play Store (Android) or App Store (iOS).

(2). Open the SonyLIV app on the smartphone and tap Sign In.

(4). Look for your Google TV device name on the pop-up menu and click it.

(5). Watch the SonyLIV streaming on GoogleTV.

The SonyLIV offers content in English, Hindi, Marathi, Telugu, Tamil, Malayalam, Kannada, and Bengali. Like Hotstar, it also provides Indian TV shows and serials in HD quality. You can also jailbreak Google TV to install the SonyLIV app. However, it is not recommended as it involves complex steps.

1. How to Get SonyLIV on Google TV?

You can install the SonyLIV app from the Play Store on Google TV.

2. Can you cast SonyLIV on Google TV?

Yes. SonyLIV has in-built cast support. So, you can easily cast the content to your Google TV.